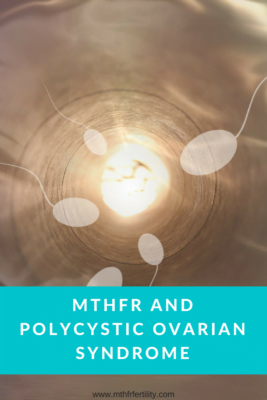 Is there a link between Polycystic Ovarian Syndrome (PCOS) and MTHFR gene mutations?

Some women are unfortunate enough to have Polycystic Ovarian Syndrome or PCOS despite not showing any signs or symptoms typical to this health problem. When symptoms like being overweight, diabetes or extra androgens are an issue in women’s health, we have to ask the question: What exactly causes PCOS?

PCOS will not be fully resolved unless the underlying problem is unraveled.

What is polycystic ovarian syndrome (PCOS)?

The most common infertility disorder in the endocrine system among women of child-bearing age is known as polycystic ovarian syndrome or PCOS. This hormonal disorder interferes with the process of ovulation or more specifically, with the growth and release of eggs from the ovaries.

The eggs naturally grow in structures called follicles in the ovaries. Those are tiny sacs filled up with a fluid containing biologically-specific content. When the egg matures, the follicle cracks open to release the egg from the ovary making it available to be fertilized. This process is called ovulation.

In order for the ovulation process to run smoothly, specific hormones are necessary for normal amounts.

But women with PCOS have higher levels of the so called “male” hormone – androgen. That is what stops the follicles from breaking open and releasing the eggs and leads to irregular or absent periods. The filled up follicles end up in the ovaries as cysts. That makes it increasingly difficult and more challenging to conceive, but not impossible.

Early diagnosis and adequate treatment can be helpful in controlling the symptoms and preventing long-term problems.

A healthy MTHFR enzyme is crucial for our well-being. However, in some people with an MTHFR gene mutation, the enzyme does not produce sufficient methyl folate which has a negative effect on hormones.

When functioning correctly, the MTHFR enzyme is involved in many different crucial processes in the body such as detoxification, producing energy, repairing and building DNA and RNA, building immune cells, repairing cell membranes, processing hormones and many others. In other words, its job is to make sure that everything in the organism is going “according to the plan”.

Any reduction of the folate/homocysteine pathway efficiency could increase the risk of PCOS. The homocysteine-methionine cycle runs in conjugation with the folate cycle, and therefore any changes in either of the metabolic cycles may disturb the balance between them.

When you have polycystic ovary syndrome (PCOS), you must be aware that this disorder is not only within your ovaries and can have many metabolic influences on weight, blood sugar disturbance, excess male hormones etc. This is a complex systemic disorder that requires a comprehensive approach.

One of the main problems is that women with PCOS have predispositions for higher homocysteine levels than other healthier women. In general, the most common cause of elevated homocysteine levels (hyperhomocysteinemia) is reduced activity of MTHFR, which causes low folate. There may also be low B12, low B6 and/or low zinc which is a cofactor for the conversion and regeneration of homocysteine back to methionine.

Elevated homocysteine level may be the result of a genetic predisposition, despite the dietary deficiency of folate.

The most commonly known inherited risk factor for elevated homocysteine levels are the genetic mutations in the MTHFR gene. The mutation appearance impairs the ability of our body to process folate.

One of the most common mutations in the MTHFR gene is the C677T variant. The homozygous variants may down regulate folate by as much as 60-70%. With this lack of folate, the person is more susceptible to having reduced methyl groups which will affect all the things we discussed above, like hormones, sleep, mood, detoxification and much more.

Some research suggests that as much as 60% of the population may have a variation in the gene. This certainly doesn’t mean that everyone with the variation will have an issue, however, it is important to investigate if you have hormonal issues like PCOS, endometriosis, fibrocystic breast, fibrocystic ovaries or fibroids.

Increased homocysteine, aside from the MTHFR genetic variation, may make people more susceptible to other conditions like cardiovascular disease, increased risk of coronary artery disease (CAD) and blood clots in the arteries and veins. Abnormal clotting may also mean that women who are pregnant may be more susceptible to miscarriage.

PCOS is associated with overweight, diabetes, excess androgen hormones. Studies show that many women with PCOS have the MTHFR gene variation. Many studies worldwide are trying to find the link between these conditions. Researchers are interested in the association between the MTHFR C677T polymorphism with PCOS. The research suggests that these two may be related to thrombophilia and heart disease.

The message should be that those women who have been diagnosed with PCOS or have had miscarriages, should check to see if they have the MTHFR gene.

You can get your home MTHFR gene test here 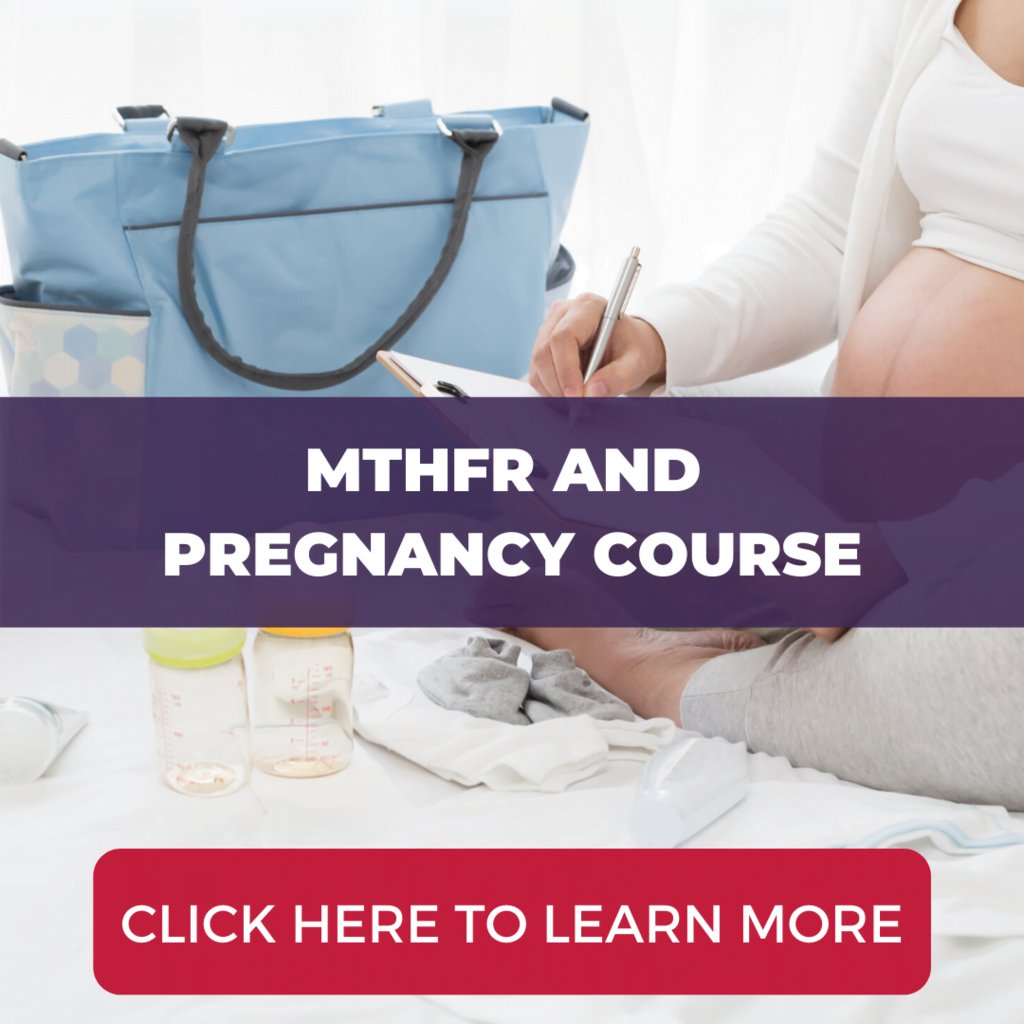