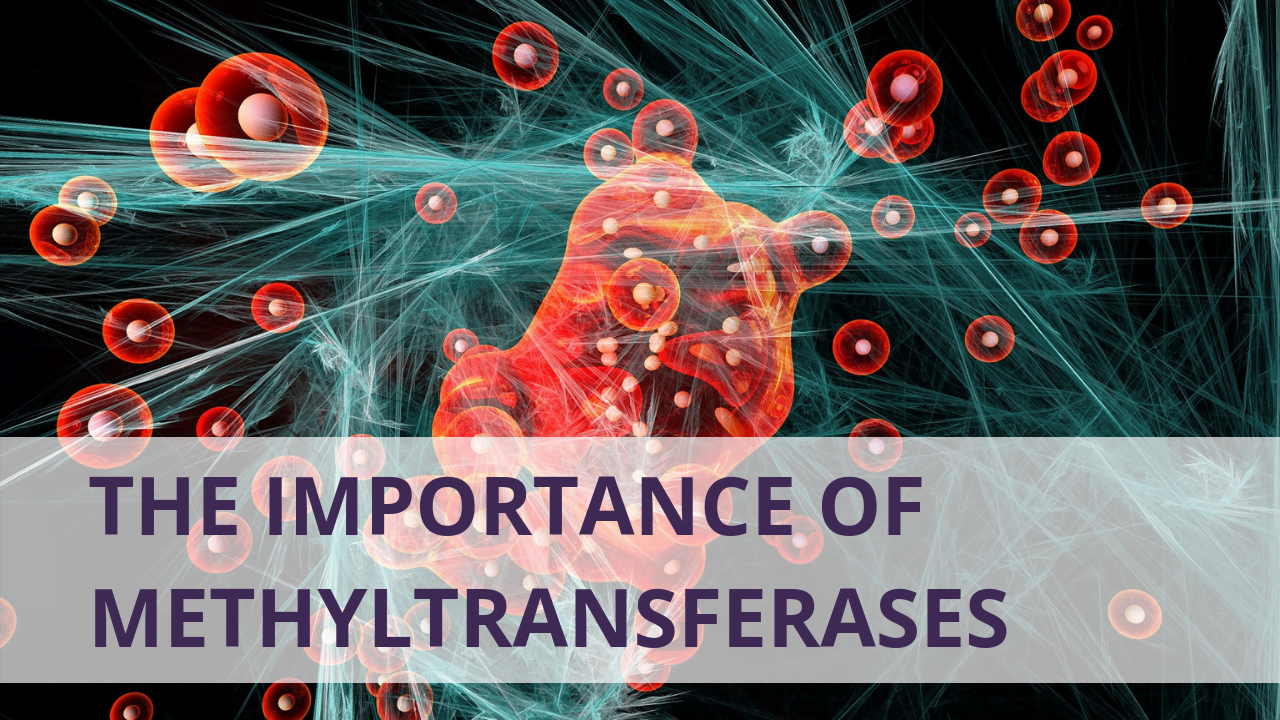 The Importance Of Methyltransferases

Without them, life would not be possible. Put simply, methyltransferases are enzymes responsible for adding and/or removing methyl groups from molecules within the body.

Methyltransferases function the same way in the body as a light switch. They add a methyl group to a molecule, to activate or deactivate its function. The addition of a methyl group turns on or off the lights so to speak. But what carries the signal from the switch to the light bulb? The answer is S-adenosyl methionine (SAM).

SAH then feeds back into the SAM-e cycle and is made into homocysteine. From here homocysteine is converted back to SAM by the MTHFR enzyme. 5-MTHF donates its methyl group to homocysteine making it become methionine and 5-MTHF becomes tetrahydrofolate (THF).

Genome methylation (regulation) is the main source of gene expression control. Methylation plays a role in determining which genes are put to use and which genes remain inactive. DNA methylation is crucial for survival. Methylation on the level of the genome, allows the body to respond quickly to its environment.

Of course, the body can deal with stresses in a variety of ways. Ensuring your body handles stress efficiently is the job of methylation. The body always wants to use the least amount of energy to get the job done. Regulating the genome through methylation helps processes within the body stay efficient. You do not always want your body making something from your DNA that is not useful to have all the time. Every methylation process in the body involves adding or removing a methyl group. Problems arise when the body is unable to utilize methyl groups by adding/removing them from molecules and enzymes, playing a large role in some human diseases.

Methylation activates and deactivates DNA when needed by altering the structure of the genome through adding or removing methyl groups. Over time sections of DNA become methylated and gene expression changes. The study of changes in gene expression over time due to methylation is a field of genetics called epigenetics.
Protein Regulation

Methyltransferases play a role in activating and deactivating proteins within the body. If some proteins were active all the time, the body would pay a high cost. The human body is quite resilient but things can get thrown off balance quickly and become problematic. Protein regulation through methyltransferases makes sure the complex biochemistry within cells remains stable.

Methyltransferases regulate proteins beyond activation/deactivation. When a protein becomes methylated it can gain a new function and/or start working with another protein. Allowing proteins to have multiple functions. Methylating proteins increases their range of possibilities making them more flexible, dynamic and ready to respond to changing conditions.

Have more questions on methyltransferases? Post below and let’s have a discussion!